Golden Opportunity is a light clean crisp refreshing drink for sharing with friends at any given opportunity. ‘We’ brew this beer to quench your thirst for all things Texas.

In the spirit of a true session, Golden Opportunity is modeled after the classic styles of Koln, Germany, but which deliberately lacks the enhanced fruitiness of the typical American interpretation. Straw-like in color with a dense white head, this medium-bodied brew has a light, pleasant malt aroma with a hint of sweetness and faint bitterness. It is clean, well-balanced and suitably carbonated for a crisp, refreshing feel.

One word comes to mind when thinking about this beer…delicate. If looking for a light craft beer, we have your Golden Opportunity. Do it. 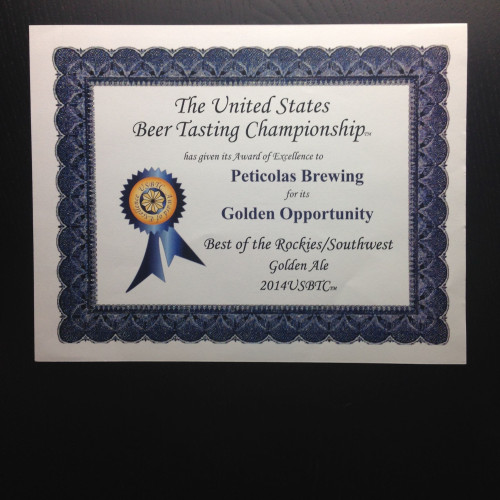 Share your Golden Opportunity pictures on Instagram using the hashtag #goldenopportunity to be featured on this page.