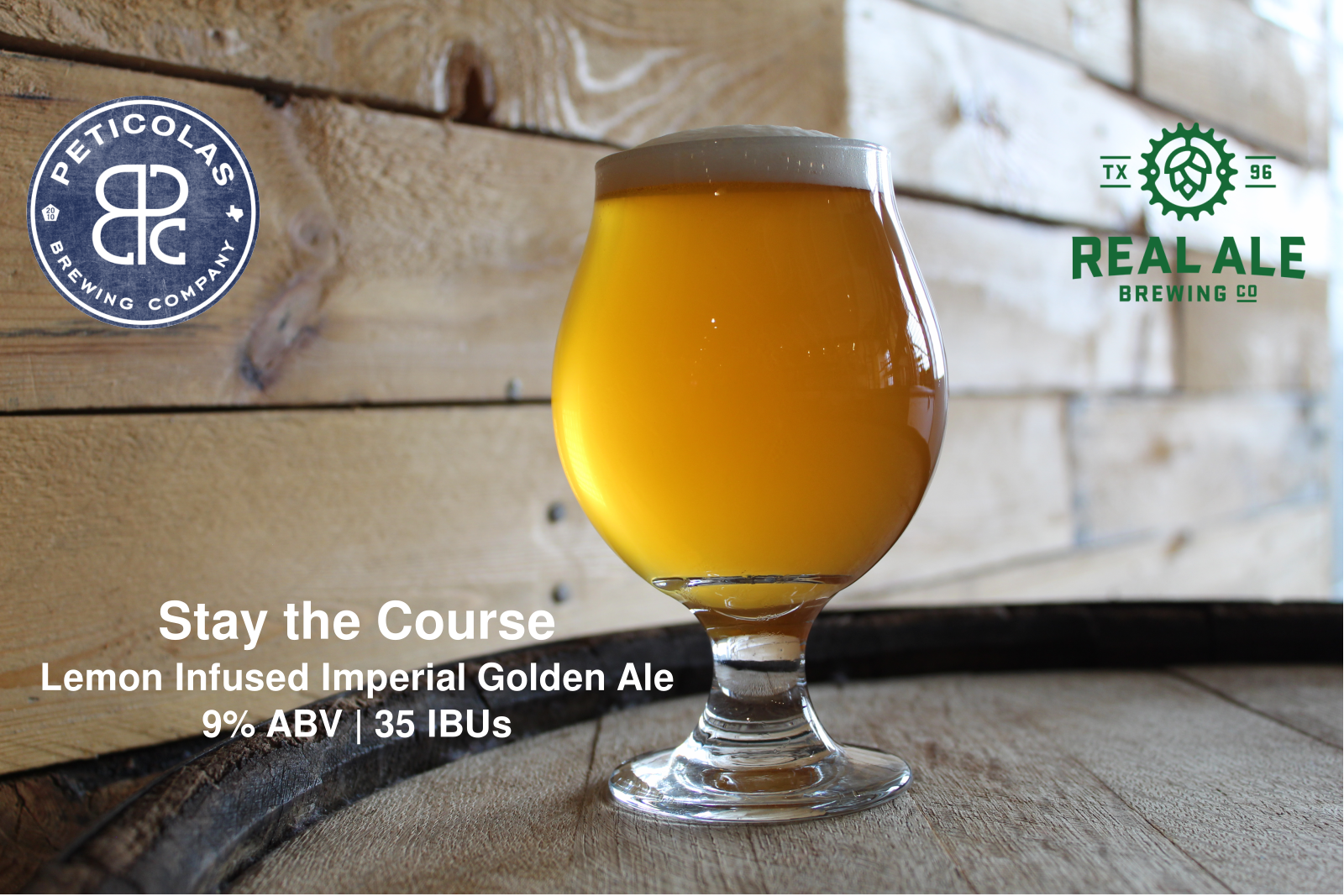 As a brewery that has been around since 2011, we have seen trends come and go. Instead of abandoning the principles that laid our brewery’s foundation and chase the next big thing, we decided to stay the course.

It turns out we aren’t alone. After hanging out with the trailblazing crew from Real Ale and talking about the old days, we decided to come together and brew a classic style with a twist.

A malt bill of 100% Pale Maris Otter lays the foundation for our Imperial Golden Ale. Lemondrop, Mandarina, and Citra hops add crisp citrus flavors that are accentuated by a blended infusion of fresh and dry lemon peel. A dash of pure lemon oil makes the aroma pop on this dangerously drinkable ale without muting the flavors of the high-quality base malt.

It’s been an honor to brew with Real Ale. They have been an institution since 1996 and serve as proof to us and hopefully other Texas breweries that the principles of organic growth built around a high-quality product are not an outdated concept. We’ll continue to stay the course we set for ourselves when we started brewing. Hopefully, you’ll join us for a beer along the way.

Crunchies Eggrolls and More will be set up in the taproom for dinner.