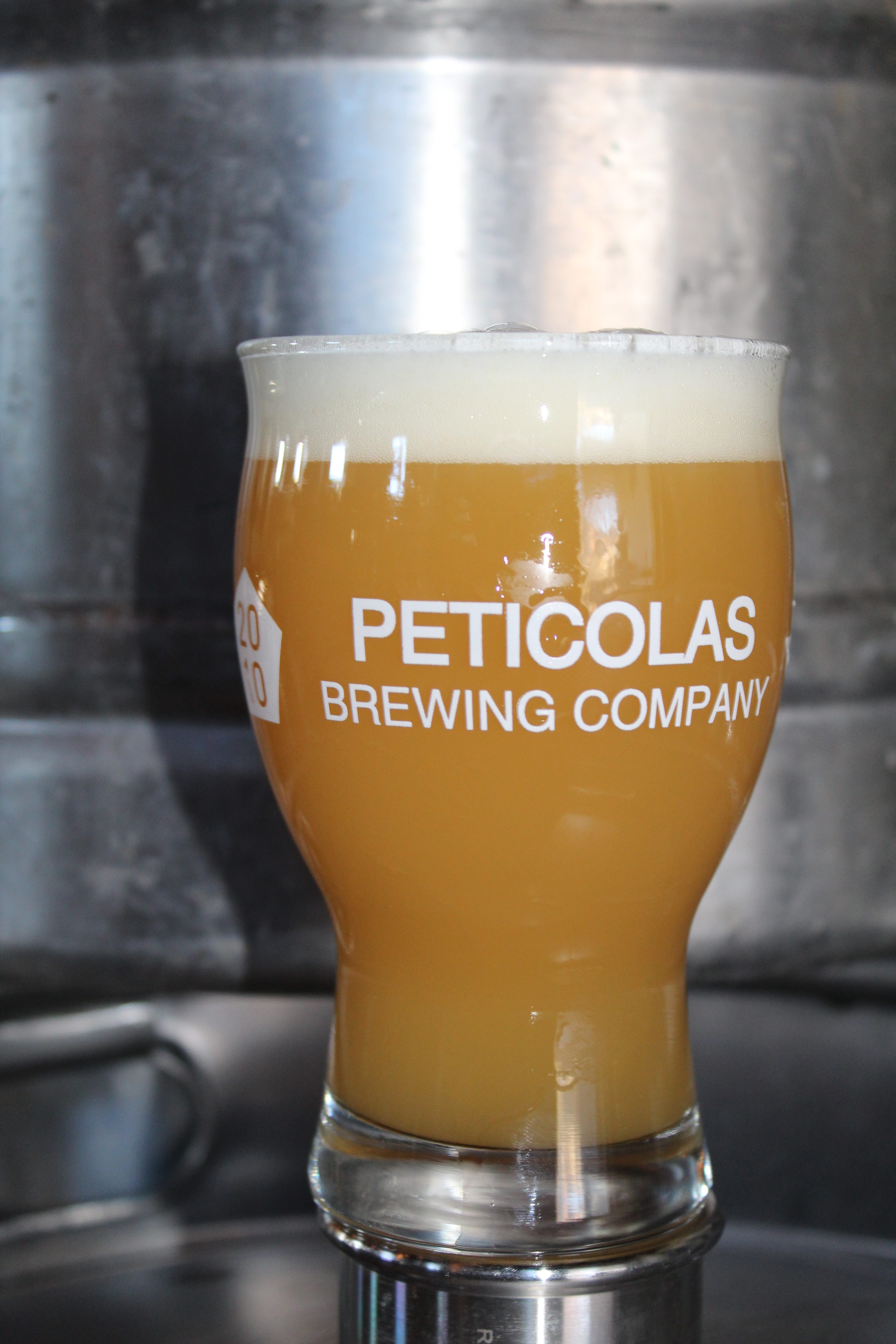 Don’t Think It – Won’t Happen pours with an opaque light-orange hue and a rocky white head. The beer’s lack of clarity can be traced back to a hefty amount of flaked oats in the malt bill and massive post boil hop additions. Six pounds of El Dorado, Azacca and Amarillo per barrel went into this double dry hopped Hazy IPA and it’s evident.

Huge notes of tangerine, mango and pineapple are immediately present and dominate the forefront. Behind the intensely fruity aroma is a hint of pine which adds complexity to the lingering aromatics.

Don’t Think it – Won’t Happen rounds itself out when the beer’s pungent aroma pairs with the flavors that come through. Medium/Low bitterness and a light acidity balance flavors reminiscent of the same tropical and citrus fruits that came through in the aroma. Residual malt sweetness adds the final touch, and the ending perception is a glass of fresh squeezed juice.

As increasingly customary with naming our beers, this one resulted from vernacular picked up during a crew hangout. While enjoying patio beers, a character known as ‘Popeye’ roamed the streets, injected himself into our conversation…twice, and proceeded to repeat the same 6 or 7 lines to us over and over again, including “Don’t Think It – Won’t Happen.” Although we regularly began using several of his lines from that point forward, Don’t Think It – Won’t Happen seemed the perfect fit for this hazy IPA. You see, Michael Peticolas never wanted to and said he wouldn’t brew a hazy IPA. Fortunately, our crew’s combined ambition to produce a stellar example of this style overcame Michael’s logic of not thinking about it to keep it from happening. Sorry, Michael (also a proposed name).

We’ll have a limited amount of the glassware pictured above for purchase. LUCK at Trinity Groves will be here from Noon – 6pm to take care of food.