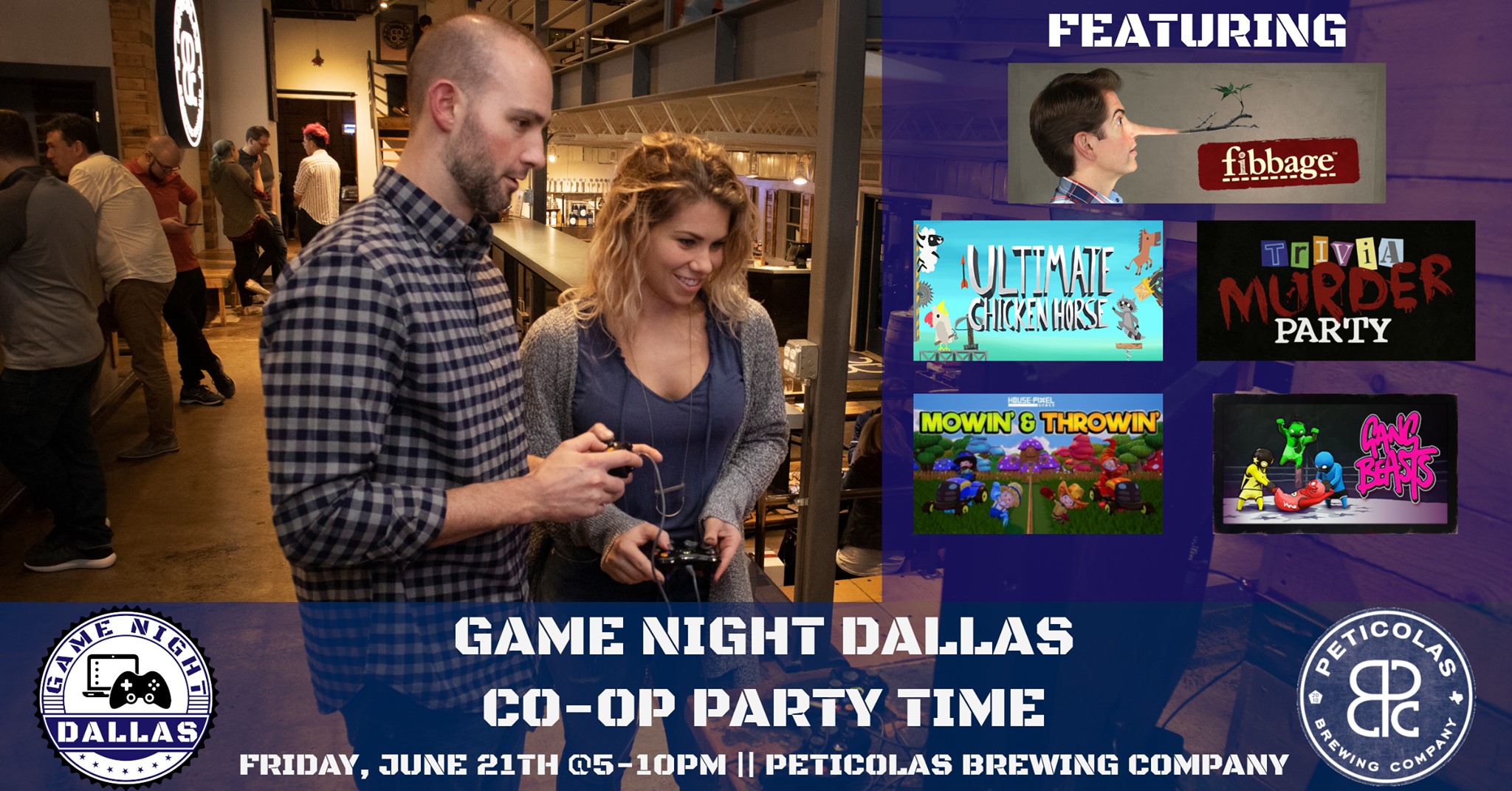 It’s the 3rd Friday of the month, know what that means?

They’re bringing your favorite group trivia games from Jackbox Games, silly indie-developed couch co-op and versus games, and our massive Rock Band library to Peticolas for another night of drinking and gaming.

Jackbox Trivia:
Fibbage, Quiplash, and Trivia Murder Party are always bar favorites. We’re bringing those back and we’ll even throw in a curveball or two with many of the Jackbox Games Trivia offerings. Type in your lies, quips or trivia answers into your phones and compete against your fellow bar patrons for bragging rights, and even prizes and drinks as well! We’ve got phone chargers galore, so don’t worry about draining your battery. We’ll make sure you’ve got enough juice at the end of the night for your Uber ride.

PC Games:
Our featured games this time are Ultimate Chicken Horse, Gang Beasts, and Mowin’ & Throwin’.
Ultimate Chicken Horse – where you try to beat your rivals to the finish line as your cute, cuddly chicken, horse, elephant, raccoon or other animals. Add traps and platforms each round to make sure you make it, and also ensure that your rivals die a gruesome death.
Gang Beasts – where WWE meets ragdoll blobs. Knock out your opponents in a variety of dangerous environments in order to be the last Beast standing. Now we can support up to 8 players, so things are sure to get wild.
Mowin & Throwin – developed by our local friends at House Pixel Games, this 4 player lawnmower race brings out your green thumb. Teamwork makes the dream work, so make sure you and your buddy have great communication skills to defeat the opposing team as the fastest lawnmowing gnomes on the planet. Now it’s available on the Switch, so check it out with your friends!

We’re adding more prizes, beers, and giveaways, so share with your friends and keep coming out to our Game Nights!